WHILE THE VALIDITY OF THE CARDIOVASCULAR AND RESPIRATORY RYTHMS IS UNDISPUTED TODAY, FOR EONS THE VERY EXISTENCE OF THESE SYSTEMS SPARKED DEBATES IN MEDICAL COMMUNITIES AROUND THE GLOBE.

OFFERING TELEHEALTH TREATMENTS IN THE TIME OF CORONAVIRUS

CranioSacral Therapy is a gentle method of detection and correction that encourages your own natural healing mechanisms to dissipate these negative effects of stress on your central nervous system. You also benefit from better overall health and resistance to disease.

Now for nearly 30 years, osteopthaic physician and researcher John Upledger, D.O., O.M.M., has been a proponent of using the rhythm of another body system – the craniosacral system – to enhance body functioning, and help alleviate pain and discomfort. 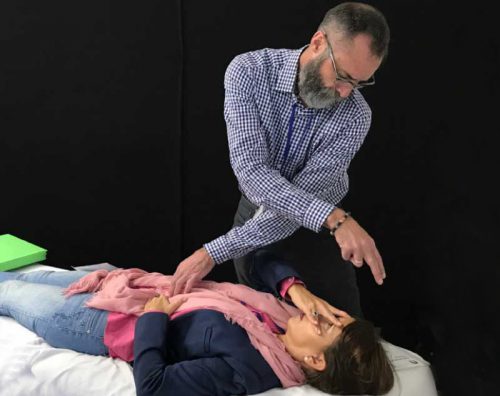 The craniosacral system consists of the membranes and cerebrospinal fluid that surround and protect the brain and spinal cord. It extends from the bones of the skull, face and mouth, which make up the cranium, down to the sacram; or tailbone area.

WHAT CONDITIONS DOES CRANIOSACRAL THERAPY ADDRESS?

CranioSacral Therapy strengthens your body’s ability to take better care of you. It helps alleviate a range of illness, pain and dysfunction, including:

HOW IS CRANIOSACRAL THERAPY PERFORMED?

CranioSacral Therapy is performed on a person fully clothed. Using light touch – generally no more than the weight of a nickel – the practitioner monitors the rhythm of the craniosacral system to detect potential restrictions and imbalances.

The therapist then uses delicate manual techniques to release those problem areas and relieve undue pressure on the brain and spinal cord.

A CranioSacral Therapy session can last from about 15 minutes  to more than an hour, and it can be used alone or in conjunction with other therapeutic procedures.

The result? A central nervous system free of restrictions. And a body that’s able to return to its greatest levels of performance.

WHO CAN PREFORM CRANIOSACRAL THERAPY?

Because of its positive effect on so many body functions, Craniosacral Therapy is practiced today by a wide variety of healthcare professionals.

HOW DID CRANIOSACRAL THERAPY BEGIN?

Craniosacral Therapy dates back to 1970 when osteopathic physician John E. Upledger first witnessed the rhythmic movement of the craniosacral system during a spinal surgery. Yet none of his colleagues nor medical texts could explain the phenomenon.

Two years later, Dr. Upledger attended a short course on cranial osteopathy developed by Dr. William Sutherland. The course focused on the bones of the skull and the fact – surprising at the time – that they weren’t fused as doctors had been taught in medical school. Instead, Sutherland’s material demonstrated that skull bones continue to move throughout the person’s life.

Putting this new information together with the odd pulsing rhythm he’d observed years before, Dr. Upledger theorized that a hydraulic system of sorts was functioning inside the craniosacral system. He then set out to confirm his theories.

In 1975 he joined the Osteopathic College at Michigan State University as a clinical researcher and professor of biomechanics. There he led a team of anatomists, physiologists, biophysicists and bioengineers to test and document the influence of therapy on the craniosacral system. For the first time they were able to explain the function of the craniosacral system, and demonstrate how light-touch therapy could be used to eveluate and treat malfunctions involving the brain and spinal cord.

Discover: CraniSacral Therapy for a healthier you ©The Upledger Institute 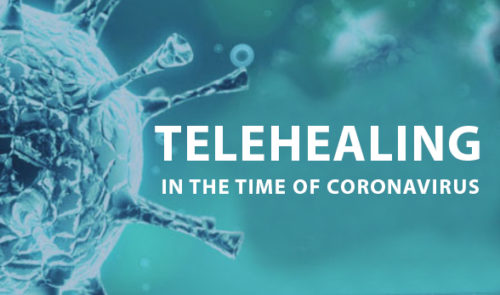 No matter where or how you are hunkering down, we all need support – for our immune resilience, to manage our stress and emotional responses to the daily upheavals, and for some of us, to resolve the infection of this deadly virus itself. People need effective, safe healthcare NOW and why not brilliant treatments at a distance? Mindset Intervention research studies have shown this is a FAST and lasting response that occurs within 10- 15 minutes of a simple reframing intervention – people’s minds, emotional states and biology shift, clearing all the adversity of chronic stress including strain on the cardiovascular system and reversing the immune system debilitation.